The Supreme Court: Past, Present, and Future 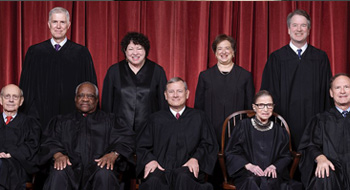 Geoffrey Stone, the Center's inaugural speaker, back by popular demand, will speak on, sell, and sign his latest book, Democracy and Equality: The Enduring Constitutional Vision of the Warren Court, co-authored with David A. Strauss. Mr. Stone served as law clerk to Supreme Court Justice William J Brennan, Jr. He later served as Dean of the University of Chicago Law School and Provost of the University. He was appointed by President Obama to serve on the President's Review Group on Intelligence and Communications Technology in the wake of the Edward Snowden leaks. He is an authority on civil rights, constitutional law, and the author of many books including, Sex and the Law: Religion and Law from America's Origins to the Twenty-First Century (2017); Speaking out: Reflections of Law, Liberty and Justice (2010 and 2016); Top Secret: When Our Government Keeps Us in the Dark (2007), Perilous Times: Free Speech in Wartime (2004) and many more.

Unless otherwise noted, these events will be held at:
The Stevenson Center on Democracy
25200 N St. Mary's Rd, Mettawa (Libertyville), IL   60048


The Adlai Stevenson Center on Democracy is an independent, non-partisan, not-for-profit organization. The ASCD operates out of the Adlai E. Stevenson National Historic Landmark as a licensee of the Lake County Forest Preserve District. The license does not imply the District's endorsement of specific ASCD positions or presenters.